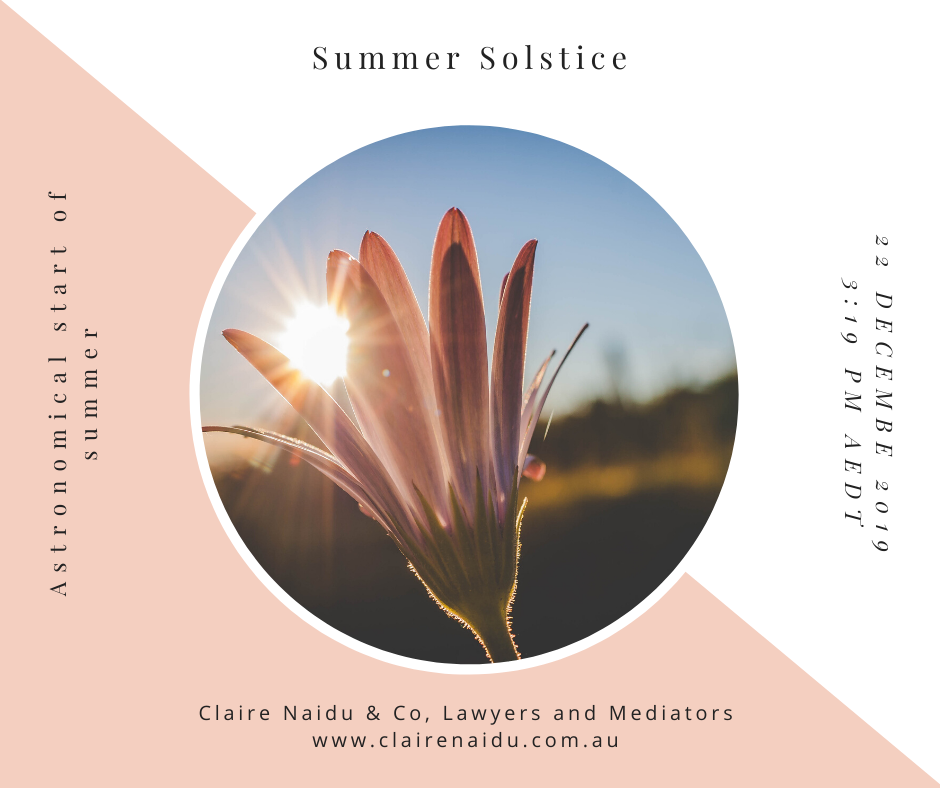 “Solstice” is from the Latin word solstitium, which translates to “sun stands still.” According to the astronomical definition of the seasons, summer solstice marks the beginning of summer.

In the Southern Hemisphere, summer solstice falls today, 22 December 2019, and it is the day with the longest amount of sunlight.
Summer solstice has an interesting legal tradition.

The Vikings are thought to have used the summer solstice as a time to meet and discuss legal matters and resolve disputes.

A Goði had a reputation for knowledge of the law, generosity to family and neighbours, and was recognised as a settler of disputes. A Goði kept balance in the district and their rulings were respected.

The Goði would go to the annual national Alþingi on Þingvellir, during the summer solstice. The Court dealt with civil law suits including blood feuds, property arrangements, and trespassing .

The assembly at Þingvellir consisted of a law council (lögrétta) where the Goðar (a group of Goði ) made and amended laws and held a system of courts of justice where they appoint juries to judge law suits.

A Law Speaker was also elected for a term of three years whose job was to recite the laws at the Law Rock (a natural amphitheatre created by cliff walls). The Law Speaker recited one-third of all Icelandic laws each year and was done by memory until the arrival of writing in around 1.000 AD.

In Australia during summer solstice, most of the law courts and parliamentary sittings are closed or are preparing for closure for the Christmas shutdown period .

If you would like to talk about settling your disputes and get advice on the best way forward, get in touch with us. Our focus is on resolution of disputes. While our offices are also closed for the Christmas holiday period, you can email us or call and leave a message and we will get in contact you when we return from our break. That way, you have taken the first step and leave it with us – we will get in touch with you. Click here for our contact details.