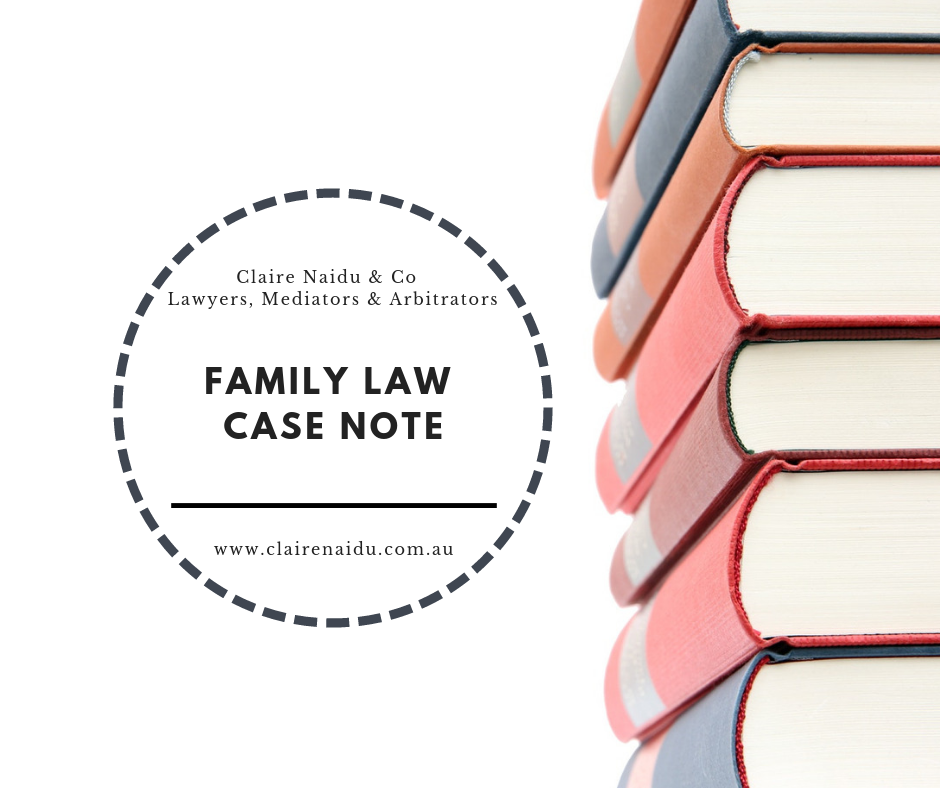 The Applicants sought relief against the Respondent, Macquarie Bank Limited (the Bank), in relation to alleged contraventions of the Fair Work Act 2009 (Cth) (FW Act), namely that they had not been paid entitlements arising out of their employment by the Bank.

The parties sent proposed consent orders to the Judge’s Chambers which included (at proposed order 6) to refer the proceeding to a mediator for a mediation under s.34 of the Federal Circuit Court of Australia Act 1999 (Cth) (FCCA Act), proposed order 6 provided as follows:

(3) Unless the Court or a Registrar otherwise orders:

(4) Unless the Court otherwise orders, if an order for mediation is made, the proceeding is adjourned until the earlier of the following:

(5) The parties must make a genuine effort to reach agreement on relevant matters in issue.

(7) If an issue between the parties remains unresolved at the end of the mediation, the Judge or Registrar may:

The Judge’s Associate advised the solicitors for the parties that the Judge was of the view that the Judge should not order that the mediator at the proposed mediation be a Judge of the Court because first, he was of the view that it would be unconstitutional for a Judge to act in that role and second, that it would be inappropriate as a matter of discretion for a Judge to act in the role of mediator, but that he would be prepared to order that the proposed mediation be conducted before a registrar of the Court acting as mediator, and he so ordered.

His reasons for declining the role of mediator and not purporting to appoint another Judge of the Court to be mediator, even assuming he had such a power are set out below (taken from the reasons for Judgement).

Preamble – Judicial Power in the State and Federal Spheres

10.First, it is to be noted that as confirmed by The Queen v Kirby; Ex Parte Boilermakers’ Society of Australia[1]the Commonwealth Parliament may not confer upon a Federal Court functions which are non-judicial and which are not incidental to the execution of the exercise of the judicial power of the Commonwealth under s.51(xxxix) of the Constitution.

11. Nevertheless, it is also well established that, subject to the principle of Kable v Director of Public Prosecutions (NSW)[2], State legislatures may confer non-judicial functions on their courts in respect of non-federal matters and that hence there has for a very long time been a distinction between judicial power and the judicial power of the Commonwealth. As French CJ stated in Momcilovic v The Queen[3] (Momcilovic) at 66 [92]:

[92] …The distinction between non-judicial functions which are incidental to the exercise of judicial power and those which are not is relevant in relation to federal courts and courts exercising federal jurisdiction because of the separation of judicial from legislative and executive powers mandated by the Constitution of the Commonwealth. The distinction does not have the same relevance in relation to State courts exercising jurisdiction conferred on them by State laws. In the joint judgment in Mellifont, their Honours said[4]: ‘in the absence of a constitutional separation of powers, there has existed the possibility that the Supreme Courts of the States might be entrusted with a jurisdiction that did not involve the exercise of judicial power.’ Callinan and Heydon JJ made a similar point in Fardon[5]: ‘Not everything by way of decision-making denied to a federal judge is denied to a judge of a State.’”…

12. Accordingly, these reasons pre-eminently focus on the position and role of Judges of this Court appointed under Chapter III of the Constitutionwho exercise the judicial power of the Commonwealth under s.71, and matters incidental to the execution of that power.

13. The website of the Federal Court of Australia says of mediation:

Mediation is a structured negotiation process in which an independent person, known as a mediator, assists the parties to identify and assess options and negotiate an agreement to resolve their dispute. Mediation is an alternative to a judge imposing a decision on the parties.

“mediation” means a structured negotiation process in which the mediator, as a neutral and independent party, assists the parties to a dispute to achieve their own resolution of the dispute.

15. Mediation is typically conducted as a private, confidential and informal meeting between the relevant disputants in a more or less non-adversarial forum which does not result in any determination by the mediator, let alone in a written determination.

16. Mediation is a synonym for conciliation which, together with arbitration, is a power granted to the Commonwealth Parliament under s.51(xxxv) of the Constitution “for the prevention and settlement of industrial disputes extending beyond the limits of any one State”. In its form first assented to in December 1904 the Commonwealth Conciliation and Arbitration Act 1904 – 1956 (Cth)(CCA Act) relevantly provided by s.2(ii), (iii) and (iv) that its chief objects were:

(ii) To constitute a Commonwealth Court of Conciliation and Arbitration having jurisdiction for the prevention and settlement of industrial disputes;

(iii) To provide for the exercise of the jurisdiction of the Court by conciliation with a view to amicable agreement between the parties;

(iv) In default of amicable agreement between the parties to provide for the exercise of the jurisdiction of the Court by equitable award.

By sec. 2 conciliation is placed in the forefront as the desirable method of ending industrial disputes, and compulsive award is only “in default of amicable agreement between the parties.”… Conciliation is the primary object sought, and at that stage by agreement as the foundation of an award. If no agreement whatever is arrived at, the Court proceeds to a compulsive award, which operates with statutory force and without any question binds mutually and reciprocally all the parties and persons as mentioned in sec. 29.

18. In The Queen v Bain; Ex Parte Cadbury Schweppes Australia Ltd[8] Brennan and Deane JJ said of conciliation and arbitration, in the context of the Australian Conciliation and Arbitration Commission created after Boilermakers, as follows:

That distinction reflects the difference in nature between conciliation and arbitration. The Commission’s conciliation functions involve and are directed to assisting the prevention or settlement of industrial disputes by “amicable agreement” between the prospective or actual parties to the particular dispute. Its arbitration functions are directed to preventing and settling industrial disputes not resolved by amicable agreement and involve the making of binding awards which are not consensual in their nature (see, generally, per Isaacs J., Monard v. H M Leggo & Co. Ltd.)[9].

19. The relevance of this reference to the conciliation power will become evident later in these reasons.

The judicial power of the Commonwealth is vested by s.71 of the Constitution in Ch. III courts comprising this Court, federal courts created by Parliament and State courts exercising federal jurisdiction. Judicial power is an elusive concept; “it has never been found possible to frame a definition that is at once exclusive and exhaustive“, to repeat the comment of Dixon C.J. and McTiernan J. in Reg. v. Davison[11]. According to the widely accepted statement of Griffith C.J. in Huddart, Parker & Co. Pty. Ltd. v. Moorehead[12], judicial power in s. 71 means “the power which every sovereign authority must of necessity have to decide controversies between its subjects, or between itself and its subjects, whether the rights relate to life, liberty or property“.

As is in any event clear from the above quotation, I note that Viscount Simonds was using the expression “arbitral functions” to describe compendiously the functions of conciliation and arbitration exercisable by the Commonwealth Court of Conciliation and Arbitration: Boilermakers No 2[34].

Inappropriateness as an Exercise of Discretion to Appoint Judge as Mediator under r.45.13B(2)(a) (paragraphs 47 ff)

In my view this sort of activity is far removed from the judicial role expected of a Judge in this country, and a Federal Judge should avoid it.

[29] Boilermakers No 1 at 278 per Dixon CJ, McTiernan, Fullagar and Kitto JJ; see also French CJ in Momcilovic at 61 [82]: “A statute may confer upon a court a novel function which is judicial in character”.

[52] Should Judges be Mediators? Paper delivered on 27 January 2010 at the Supreme and Federal Court Judges Conference, Canberra at p.17, where the arguments for and against are helpfully explored.